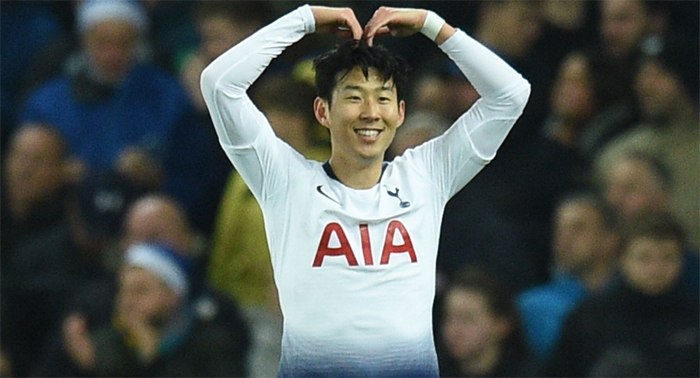 South Korean Spurs midfielder Son Heungmin has reportedly joined the military for short-term military training. After receiving permission from the agency to return to his hometown of the league to stop the competition from the spread of the virus, Covid-19.
Previously, Son Heungmin allowed Spurs to return to his hometown to train in the military. The English Premier League football has to stop the competition because of the spread of the virus.Latest capture that the former midfielder Leverkusen Traveled to report to begin training in the Naval Department for 3 weeks in Jeju Island, which the 27-year-old star will face tough training, including breathing in the tear gas chamber, using Riffle gun and line training etc.However, Son Heungmin will be exempt from military service for 2 years as he helped South Korea to win the 2018 Asian Games, but according to Korean law that has been ignored. Still have to practice for 3 weeks, including public service for 500 hours

« Not just interested! Man U tried to gra… proud! "Rashford" pleased with the dona… »
プロフィール