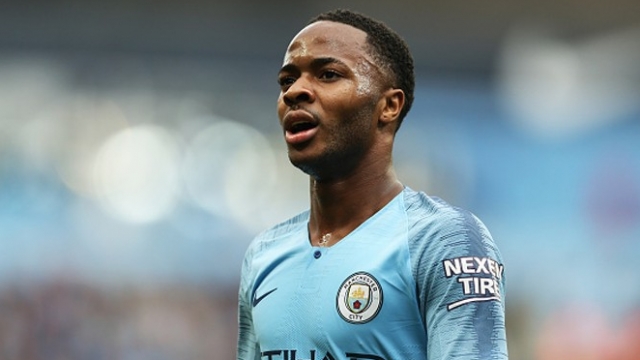 Raheem Sterling, Manchester City football star, is open. At the moment, the most wanted outfit is Lionel Messi, revealing the first time he asked to exchange a kit with others, when requesting to exchange. Shirt with Neymar while the Brazilian players were with Barcelona Raheem Sterling, the talented wing of Manchester City, the English Premier League club, revealed that he now wants a shirt from Lionel Messi, the famous striker of Barcelona, ​​just one person. Only one Normally, some footballers like to exchange their sets after the match to commemorate. Which, as Sterling had fought with the big team For many teams, whether they were at Liverpool, England or Manchester City, it has made him the most famous football team in his collection.The England national team revealed that "Right now there is only one shirt that I really want. And that was Messi's shirt. When we met Barcelona, ​​I got Neymar's shirt. That was the first set of clothes I asked for from others. Whenever I stop playing football I have to go to live comfortably. I hope to have more shirts to wear, pick up my favorite one And made a room that would be a trophy room and racing set. "