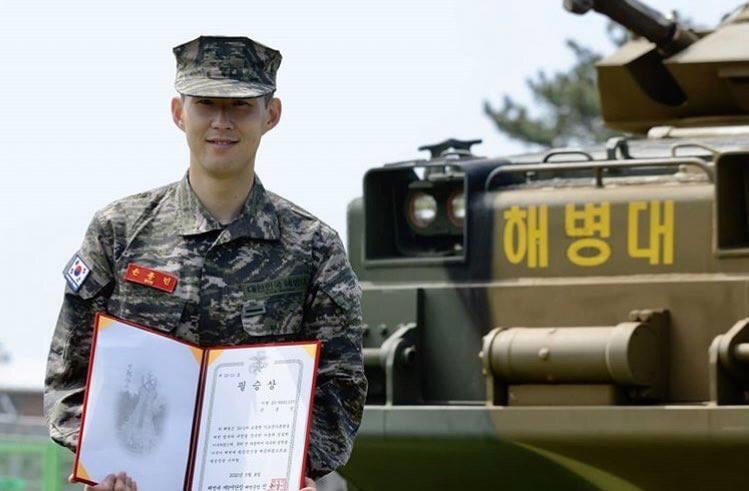 Foreign news agencies reported that Son Heung-min, the spearhead of the Tottenham Hotspur of the English Premier League, has completed his mission of military service with the South Korean army today. (8 May 2020) Previously, Puck decided to join training in the Marine Corps. Stationed in southern Jeju Island for 3 weeks during the Premier League's suspension from the outbreak of the Covid-19 Referred to in training since April 20 at the past Amid the watchful eye of the media The Sun and Daily Mail, two famous media, say that Son has trained with a total of 157 military friends before the 27 year old footballer will receive the top prize in the top 5 of the unit. Especially the shooting skills that can be given at full marks In the ceremony, there were dozens of fans waiting to be seen outside the camp. After this, Son Heung-min will return to England. To prepare for the return of the Premier League football is expected to start racing again next month. But he will have to be detained for at least 14 days to keep an eye on the virus of Covid-19 According to the measures of the UK government first According to the laws of South Korea Son has been lenient from 21-24 months in military conditions due to his reputation in the sport. By taking the White Sox army to win the Asian Football Championship in 2018, but he still has to undergo basic military training this time Because the army has no exceptions Before deciding on a football break from an epidemic, complete the mission without wasting time.