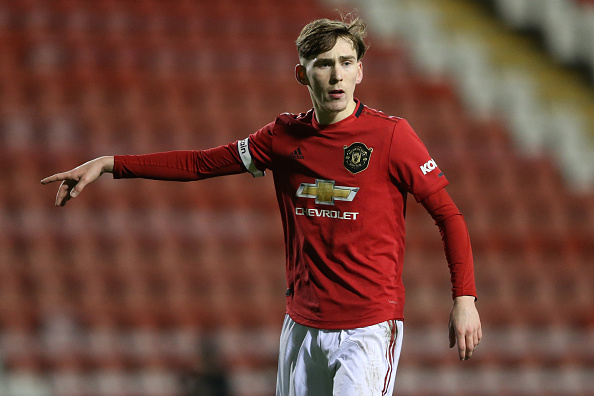 Get to know youngster James Garner, Manchester United midfielder Fred, who is most impressed with the new era of the team.
Manchester United midfielder Fred James Garner is the star player of the "Red Devils" that he likes and is even more impressive than Mason Greenwood and Brandon Williams. Again, even after the 2 players have stepped up to be an important part of the big team this season Today we are going to get to know the 19-year-old midfielder Garner.

How is your work with the United youth team?

Garner made his debut for the U-18 team of the "Red Devils" in the Arsenal match, a key force that helped the team to win the Premier League North in the 2017/18 season.

Garner showed outstanding form. And had the opportunity to be the captain of the U-18 team and Kieran McKenna, the team's coach, had nominated him for the Jimmy Murphy Young Player of the Year Awards. It's here, before being promoted to the U-23 team.The first team Garner played for the first team of the "Red Devils" in the first game, coming on as a substitute for Fred 89 minutes at Crystal Palace in February last year.Play style and strengths Garner is the game midfielder. Keep connecting the game from backland to front Including excellent reading game Precise ball passing And can add up to score goals as well  In addition, Garner is also a leading player, having previously been captain of the U-18 team until U-23.

Garner was once the captain of the England team. Under 17 years of age and is an important force that helps "Lions Junior" passed through to the quarterfinals. European Football Championship Under 17 years old in 2017

Feelings after signing a career contract with United

Garner said at the time of signing his first professional contract in 2018: "I think it's a very special time to sign at Old Trafford. Complex is still a special time for me. But this time it's more special I'm proud of myself And my family, but I think it's only just beginning. Both mothers, Father Pu and Grandma are proud of this period. "

Who is an idol

Former midfielder Michael Carrick, "Red Devils", at this time stepped up as the team's coach. The beloved beloved Garner In which he once said that "It is good news that he came as a staff coach. Hopefully I can learn from him and work with him. "