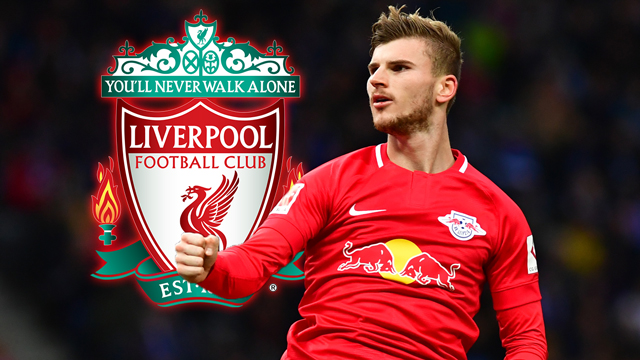 Not surprising that this Leipzig striker is in need of many teams, because throughout the 4 years with Werner the club has made it into one of the Bundesliga's young players to watch. In this season, he tops the table with 27 goals from 36 games, which now has scored 88 league goals from 150 appearances, while in the German national team he scored a total of 11 goals in 29 games.

This season, he scored 4 goals in the UEFA Champions League, one of which was the victory in the Leipzig attack at Tottenham Hotspur Stadium in February. The right choice for Liverpool Werner does not hide that his desire is to move to the "Reds" army. In an interview with Sky Sport last month, the 24-year-old said of Jurgen Klopp as a manager that The most wonderful in the world Along with adding that "There are many things that make me feel that my style of play suits him."Liverpool didn't seem to show that they needed him that much. While the media elite, The Mirror, has seen that the team has been affected by the problem of the Covid-19 virus, so it may not put in a lot of extra money, but Werner is the right choice for " The Reds. "His ability can compete with three front-line players such as Sadio Mane, Mohamed Salah and Klopp's Roberto Firmino. Werner's strength is the sharpness of the score. Ever since he moved from Stuttgart to Leipzig in the 2016/17 season, only Robert Lewandowski scored more goals in the Bundesliga.Leipzig's style of play in the Juillian Gailmann era is modern and focuses on the Jurgen Klopp's Liverpool counterattack, that's why he is so good at Anfield. His speed and decisiveness create a number of devastating effectiveness, by the famous website opta, which combines sports statistics, revealing that he is the player who both scored and had the fastest chance of firing back in the Bundesliga. Sliga Most of the goals he scored in this season came from playing as a striker. But he can be flexible according to tactics In this season, Leipzig uses 9 plans to play. He is swayed to play at the edge of the line. And often cuts inward from the left side, as can be seen in his movement below.

« Implicit in the league together! Barcel… Do this with Liverpool! Klopp received … »
プロフィール