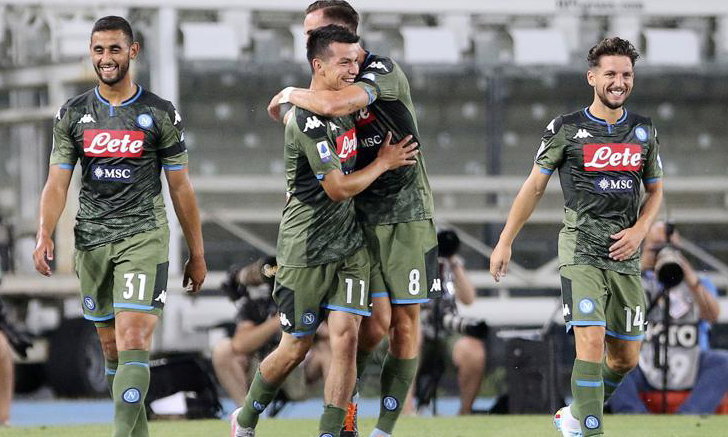 As for the "Azzurra" of Gennaro Gattuso, is currently active after bringing the team to win the Copa Italia. This game, David Osspina came back to guard the post after playing for the final. Coppa because of a penalty of ban As for the offensive line, the top three are coordinated by Matteo Politano, Arcadius Milic and Lorenzo Incin.

The result shows that this game, Napoli scored 1-0 in the first half of the 38th minute from the opening corner of Matteo Politano's corner to Arcadius Milic. Head up and strike into the head. And finishing the first half with this score

In the second half, Verona almost scored a goal from Marco Farroni who had passed the net. But the referee called on VAR. And canceled the goal because it was a handball by Faroney, resulting in Napoli still leading